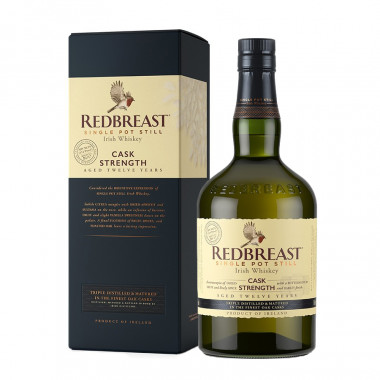 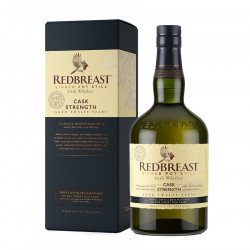 The raw cask version of the famous Redbreast 12, which highlights all its natural and aromatic taste.

This Cask Strenght expression is the unreduced version of the famous 12 year old Redbreast.

This Irish Single Pot Still is made from malted and unmalted barley, then undergoes a triple distillation in copper stills before being matured in a combination of American oak barrels that have contained Bourbon and Spanish oak. having contained Sherry Oloroso.

The result is a complex expression with the rich and distinctive flavors of Redbreast 12 Year Old.

Nose: very fruity, focused on exotic fruits and citrus fruits with deeper notes of apricot and sultana. Add the grilled wood and some spices.

Palate: round, rich in fruit and spices. The sweetness of vanilla brings a mellow side, joined by a woody touch of oak barrels.

Finish: long, rich with a complex combination of fruit and spices giving way to toasted oak, then barley.