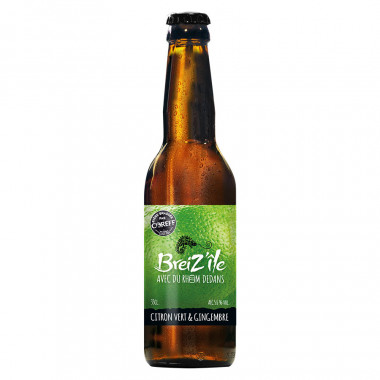 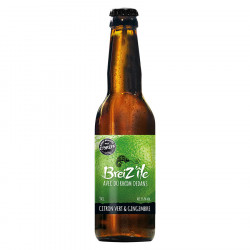 Discover the collaboration between the artisanal brewery Coreff and Breiz’île. A Breton rum-based beer with aromas of lemon and ginger.

Discover the collaboration between the artisanal brewery Coreff and Breiz’île, which has been preparing rums arranged in Plougastel, in Brittany, for 20 years!

A creation with flavours of Brazil where the vitality of lime, the presence of rum and the spicy heat of ginger stand out. This beer is infused with lemon peels, lime rum, and spices (ginger, coriander).

Nose: aromas of lemon and spices.

Palate: lemony with a light and fresh bitterness. A touch of cereals and notes of rum and ginger on the finish.