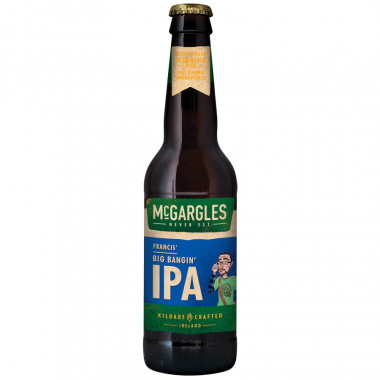 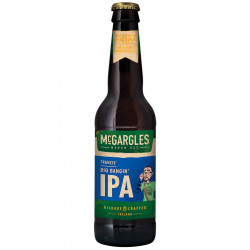 This beer has a less pronounced bitterness than Knock Knock Ned’s IPA.

Founded in the 7th century around to a monastery that brewed its own beer, Kilcock town specialized in brewing and hosted up to 5 breweries in the 1800’s as well as two distilleries.

The McGargles brewery has developed an original advertising campaign for its beers, presenting the story of a wacky family now known in the world of Irish breweries, the McGargles. Each of the McGargles beers is advertised by a very singular, goofy member of the family.