Our online store is open for your orders. Learn more about delivery >
Our CellarWhisky Whisky by countryIrelandTyrconnell 16 Years Old 70cl 46° 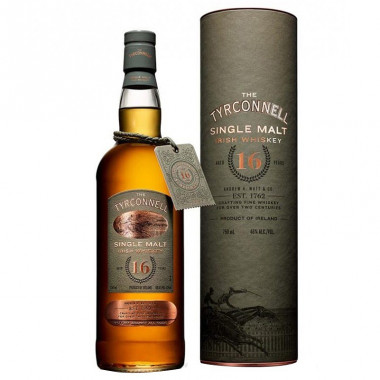 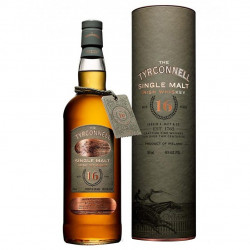 A limited edition of The Tyrconnell Irish Single Malt with great complexity and rich aromas.

The Cooley distillery offers us a beautiful limited edition with The Tyrconnell 16 years old.

The Irish Single Malt takes the characteristics of the brand but with a longer maturation that brings it more richness and complexity.

On the nose, it evokes citrus with notes of oak, the palate then reveals light green fruit aromas. The subtly sweet finish and woody notes are persistent.