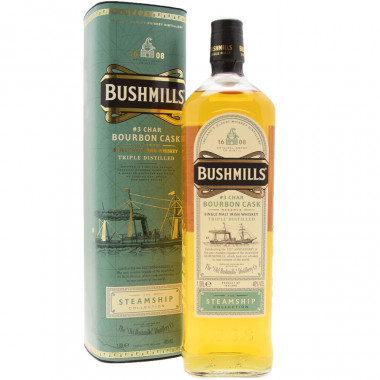 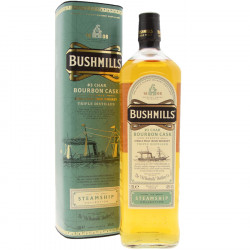 Vanilla and spicy, Bushmills presents its third whisky from the Steamship collection. A Bourbon Cask nice and fresh on the palate.

Third whisky of the Bushmills Steamship Collection, this Bourbon Cask is the result of a long-standing relationship with the master coopers of Louisville, in Kentucky.

This Single Malt whisky has aged for a long time in American white oak casks and burnt Bourbon casks, giving it subtle hints of toasty oak, spices and crème brûlée.