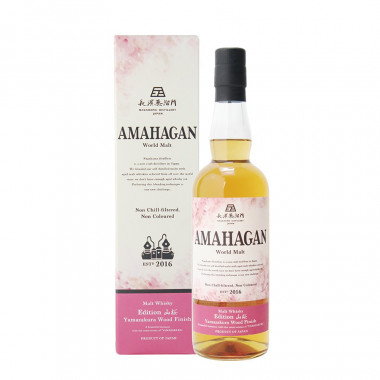 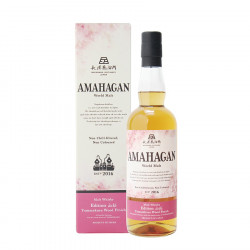 For this fourth edition, Nagahama offers an expression from a blend of whiskies from the distillery refined in Yamazakura wood barrels.

This expression is refined in Yamazakura wood casks instead of the traditional oak cask, which gives it a soft profile and fully inspired by Japan because marked by cherry blossoms and plum.

Founded in 2016, Nagahama is considered the smallest distillery in Japan.

It also uses one of the smallest stills in the country for its distillation process, called “aranbic” in reference to its characteristic shape reminiscent of Arab architecture.

Based on the shores of Lake Biwa in Shiga Prefecture, the distillery produces Japanese Single Malts and also carefully selects whiskies produced all over the world to create perfectly mastered Blends.

For its production, Nagahama benefits from mineral-rich water during the snowmelt of Mount Ibuki, located just behind the distillery.

Nose: characterized by the sweetness of malt, with a cherry blossom and plum aroma reminiscent of Japan.