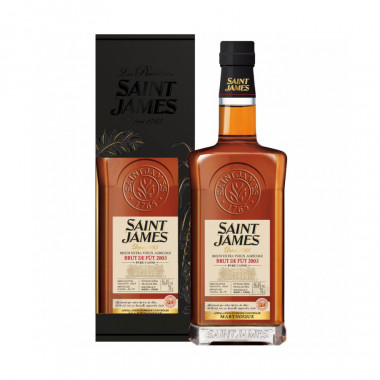 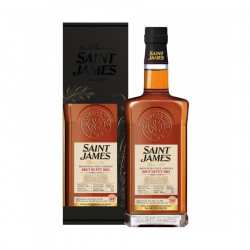 This raw cask rum comes from a Second Batch of the 2003 vintage of Saint James, it has a complex and lively character resulting from an aging of 14 years in new ex-Bourbon barrels.

This old rum shows more complexity than the Premier Batch, with omnipresent woody notes accompanied by a touch of candied fruit.

Nose: suave attack despite the degrees, the oak associated with walnut stain evolves towards dried and candied fruits.

Palate: a concentration of aromas in which the woody notes immediately take precedence and structure the whole. Gradually, beautiful roasted nuances mingle with dried and candied fruits.