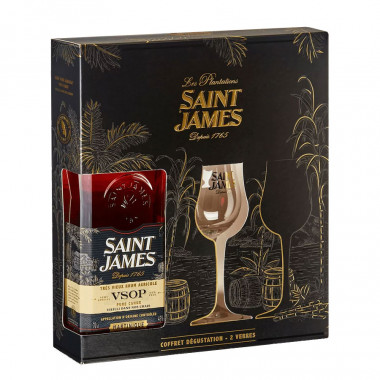 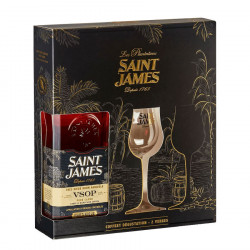 Find all the aromatic power of the Saint James old rum in a box with two tasting glasses.

Produced from a column distillation from pure cane juice, its warm and spicy profile makes you travel to Martinique and its sugar cane culture.

To offer or for yourself, find this Saint James VSOP rum in a box with two tasting glasses.