Our online store is open for all your home delivery orders.
Our CellarWhisky Whisky by countryScotlandAsyla Compass Box 70cl 40° 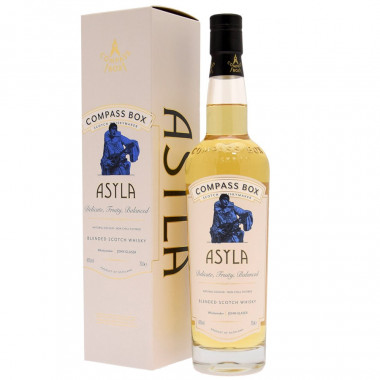 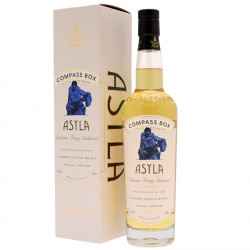 Made with three Single Malts from Speyside, this whisky aged in Bourbon casks reveals rich and complex aromas.

Asyla is one the first creation of the company Compass Box, founded by John Glaser. This company is specialised in creating micro-blends and has become famous for its Peat Monster.

Asyla is a blend resulting from the combination of three Single Malts from Speyside (Linkwood, Glen Elgin and Cragganmore) and of two grain whiskies from the distillery Cambus and Cameronbridge. It is aged in first fill Bourbon casks.

Palate: sweet, well-balanced and minty. The green almond and the fresh fruits (melon, peach) are replaced little by little by vanilla and acacia honey.