Our online store is open for your orders. Learn more about delivery >
Our CellarWhisky Whisky by countryScotlandSpeysideSingleton Sunray 70cl 40° 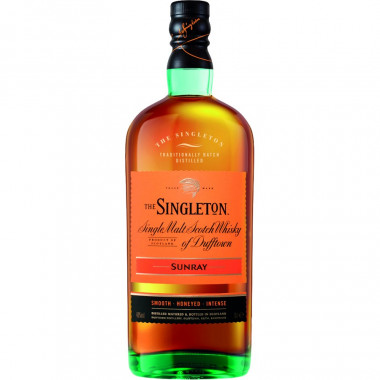 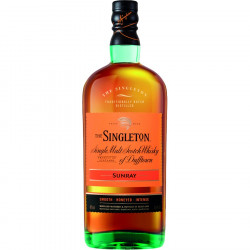 Singleton Sunray is an excellent Dufftown Single Malt, quite mellow and rich with delicate honeyed notes.

Hallmark of Dufftown's intensity, this Single Malt is a mellow and classy expression. Singleton Sunray has aged in carefully selected toasted bourbon barrels that imparted rich honeyed notes to the whisky.

Nose: sweet, notes of Demerara sugar and baked apples right from the start, evolving towards heather honey. The fragrance of blackberries and blackcurrants brings a nice contrast to a malty, mellow body.

Palate: mellow with spicy notes that mingle with the fruits.

Finale: warm and sweet with notes of vanilla and redcurrant.