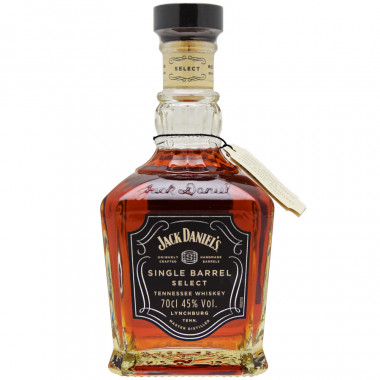 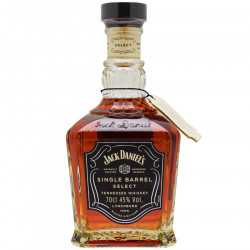 Jack Daniel's Single Barrel is a Tennessee whiskey which has been bottled barrel by barrel without being blended.

Jack Daniel's Single Barrel is a Tennessee whiskey which has been bottled barrel by barrel without being blended. It develops a traditional aspect, expressed through the slight taste nuances appearing between the bottles. This expression reveals all the complexity and richness of the legendary Tennessee whiskey developed with traditional methods conceived at Jack Daniel's.

The distillery selects the best barrels only to create Jack Daniel's Single Barrel. Only one in a hundred is chosen to mature and acquire its typical amber color, a sweet woody nose and a deep taste of toasted oak, vanilla and caramel.