Sales up to 50% off. 2nd markdown : extra 10% off on textile items already on sale! Discover >
Our CellarWhisky Whisky by countryUnited-StatesJack Daniel's No7 Gift Pack + 2 glasses 70cl 40° 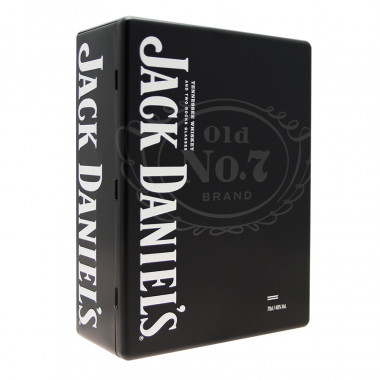 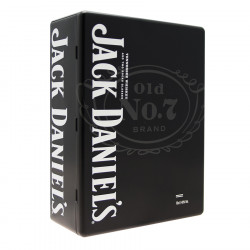 Jack Daniel's is presented in a gift set with two whiskey tasting glasses. This is a true Tennesse whiskey, widely appreciated for its hallmark sweetness and vanilla flavours.

This is a true Tennesse whiskey, widely appreciated for its hallmark sweetness and vanilla flavours. Jack Daniel's No7 is presented here in a gift set with two whiskey tasting glasses.

Jack Daniel's has been filtered over three meters of maple tree charcoal, a method known as the "Lincoln County Process", right before the casking. This process brings added vanilla flavours and smoothness to the whiskey, with a very specific smoky backdrop.