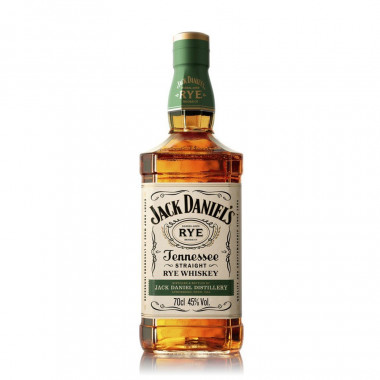 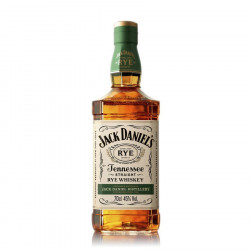 Jack Daniel's Rye N°7 is filtered through maple charcoal and distilled from 70% of rye, giving it a spicy hint.

The manufacturing process remains identical to the original, namely a drip filtration on a layer of three metres of maple wood charcoal before being matured in new white oak barrels. The difference comes from the cereals used. Jack Daniel's Rye is filtered from 70% rye, 18% corn and 12% barley, which gives it spicy notes.

Amber gold colour, its nose offers notes of fruit and red berries supported by spicy and woody notes. On the palate it offers character with hints of caramel and spices. The finish is long on a delicately peppery note.
Read more
Fold back text

Nose: notes of fruit and red berries supported by spicy and woody notes.

Palate: notes of caramel and spices for a peppery mouth.