Sales up to 50% off. 2nd markdown : extra 10% off on textile items already on sale! Discover >
Our CellarBeersAmber AlesPen Hir Barley Wine 75cl 8.5° 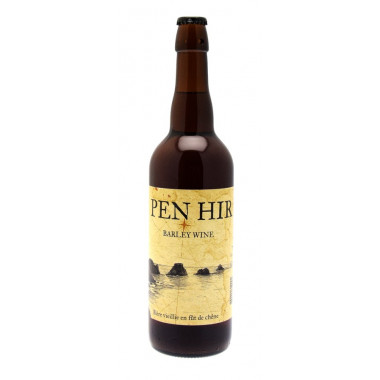 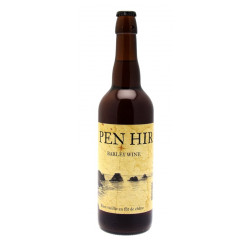 The Pen Hir Barley Wine 2016 has aged in ex-Bordeaux wine oak casks for more than 5 months.

The Barley Wine is a beer made with top-fermentation yeast, characterised with a high alcohol content allowing long conservation in the cellar, just like a vintage beer.

The Pen Hir Barley Wine 2016 has aged in ex-Bordeaux wine oak casks for more than 5 months. According to the tradition, no yeasts has been added to the mix. This English-type ale is not fizzy, and offers a very fruity body evoking Madeira wines. On the palate, the beer is soft and sweet with notes of peach, baked fruits and dark cherry.

For 2016, the Brasserie du Bout du Monde (Land's End Brewery) offers a blend of 8 casks selected amongst 10 initial barrels. The Pen Hir is enjoyed at its best between 12 and 14°.