Sales up to 50% off. 2nd markdown : extra 10% off on textile items already on sale! Discover >
Our CellarBeersAmber AlesTrooper Tube Metal + Glass 50cl 4.7° 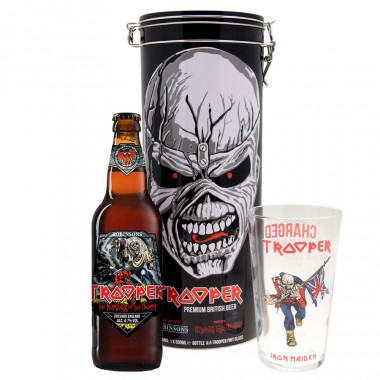 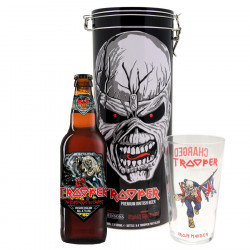 The Trooper beer comes from the song of the famous Heavy Metal english band Iron Maiden, it comes in a special box set.

The Trooper beer comes from the song of the famous Heavy Metal english band Iron Maiden, it comes in a special box set with a Fear Of Number Of The Beast, a printed glass and a decorated metal tube.

2022 marks the 40th anniversary of Iron Maiden's multi-platinum album, The Number Of The Beast.

To make this beer, the English brewery Robinsons selected the finest raw materials, using Goldings and Cascade hops in particular. This light English beer with style is a pleasant discovery.

Peel the neck label of the beer to reveal a very special QR code!

Palate: we find all the cooling aspects, and the english bitterness with citruses and caramel notes.