Sales | Up to 50% off! >
Our CellarWhisky Whisky by countryScotlandHighlandsGlenglassaugh Revival 70cl 46° 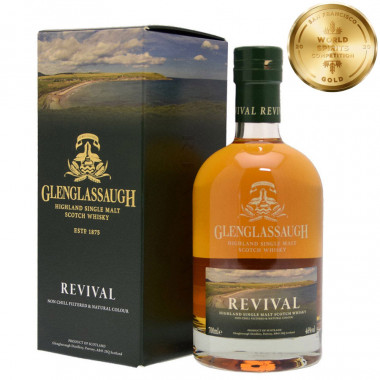 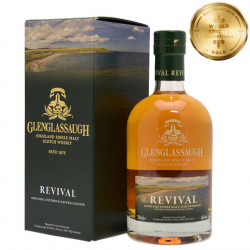 Glenglassaugh Revival marks the reopening of the distillery. It's a fruity Single Malt with orange, walnut and toffee flavours, aged in Bourbon casks then Oloroso Sherry casks.

Glenglassaugh Revival marks the reopening of the distillery after a long time of hibernation. The distillery closed in 1986 and re-opened in 2008 only. This Single Malt is the first whisky born after the reopening.

Aged in 1st and 2nd fills Bourbon casks, and then matured in Oloroso Sherry casks during 6 months, it's an amber-coloured and fruity whisky, with orange, walnuts and toffee notes.

It's bottled with 46° and unchillfiltered.