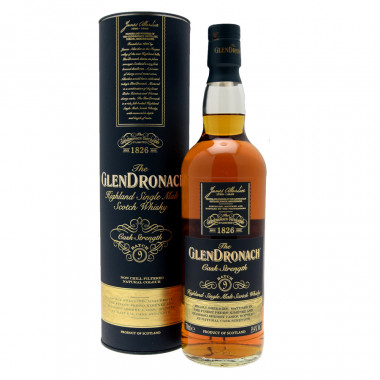 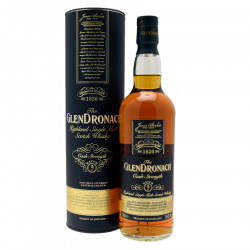 The Glendronach distillery presents the 9th version of its Cask Strength series, bottled at 59.4°, it has aged in Pedro Ximénez and Oloroso Sherry casks.

The result is a whisky with a rich and complex character with notes of toffee, raisins, toasted brioche, candied apple, or even star anise.

This Single Malt was bottled at 59.4° cask strength in its natural colour and non-chill filtered.

Palate: gourmet with notes of toffee, toasted brioche with raisins.