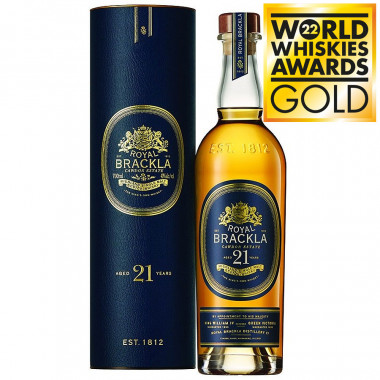 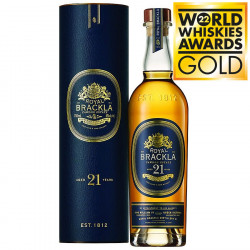 A 21-year-old Single Malt from the Highlands with a superbly rich tasting.

Aged 21, this Single Malt is the oldest expression of the Brackla distillery. Typical whisky from the Highlands region, bottled at 40%, its tasting is rich and surprising, each stage having its particular universe and being able to stand on its own.

The nose with multiple aromas offers spicy then fruity notes. The aromatic plants fill the mouth and evolve towards vanilla, dark chocolate and dried fruits, to lead to a complex finish with notes of desserts, tobacco and fruit spirit.

Nose: very spicy, with quite marked aromas of curry, to which are added fruity aromas (exotic fruits and orchard fruits).

Palate: vegetal and herbaceous, with notes of aromatic plants, which then turn to vanilla, dark chocolate and dried fruits.