Sales up to 50% off. 2nd markdown : extra 10% off on textile items already on sale! Discover >
Our CellarBeersWhite BeerLa Blanche du Mont Blanc 33cl 4.7° 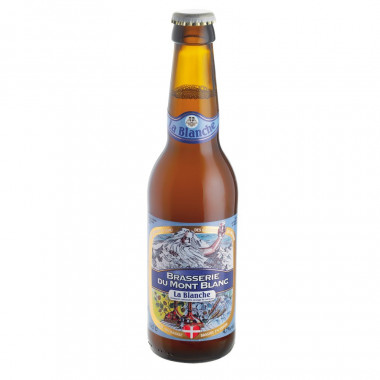 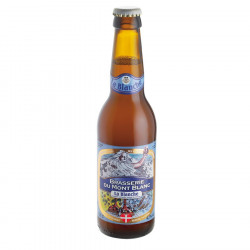 A light white and refreshing beer.

La Blanche du Mont Blanc (The White of the Mount Blanc) brings together subtle sparkling bubbles, refreshing tanginess with an orange note of Curaçao. This is an elegant white beer with sweet wheat notes and tangy citrus and coriander flavours.

Picked the World's Best white beer prize at the World Beer Awards in 2013.