Our online store is open for your orders. Learn more about delivery >
Our CellarBeers & CidersBrown BeersKnockmealdown Stout Eight Degrees 33cl 5° 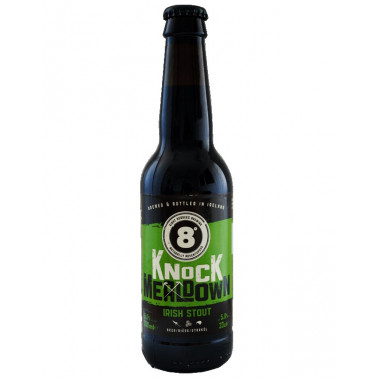 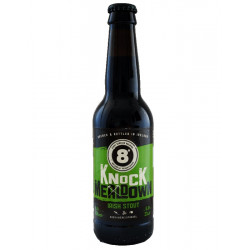 The stout beer Knockmealdown is made by the Irish brewery Eight Degrees. It has a strong character and holds rich and complex aromas of chocolate and coffee.

The beer Knockmealdown takes its name after the 794 meter-high mountain situated in between the two irish counties of Waterford and Tipperary.

This stout has a strong body and is well-balanced with dark malts and bitter hop. It possesses rich distinctive notes of black chocolate and coffee.

Nose: malted with coffee and molasses.