Private sales up to 50% off. I take advantage >
Our CellarLiqueurs & Other SpiritsGins & other SpiritsHendrick's Midsummer Solstice Gin 70cl 43.4° 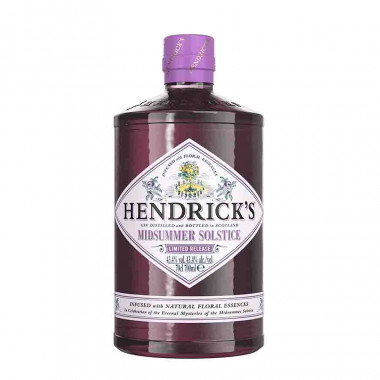 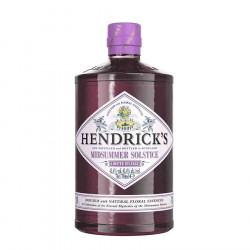 A deeply floral gin inspired by the eternal mystery of nature’s brightest flowers at the summer solstice.

Discover the new Hendrick’s signature, Midsummer Soltice. This very floral gin is the first limited edition of the collection. Each year a new expression will appear and replace the previous one.

Intensely floral, the Midsummer Soltice gin reveals all its freshness through notes of lemon, orange blossom and juniper.

In 1966, Charles Gordon, great-grandson of William Grant the famous founder of Grant’s whisky, fancied buying two stills at auction. It took him 33 years to know what to do with these rarities from the nineteenth century, the Carter-Head and the Bennet.

Palate: a luxuriant flowering blends to reveal the inimitable style of the Hendrick’s house: the juniper, subtle spices and a sweet floral finish that exalt the mouth to give way to crunchy cucumber and the whisper of the rose.