Our online store is open for all your home delivery orders.
Our CellarWhisky Whisky by countryJapanAkashi 6 Yeard Old Red Wine 50cl 50° 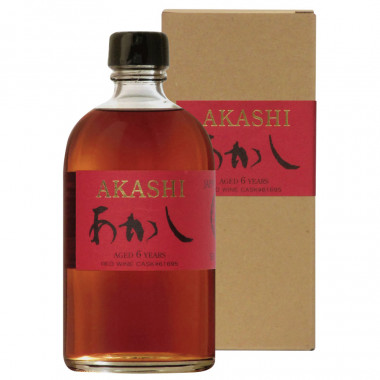 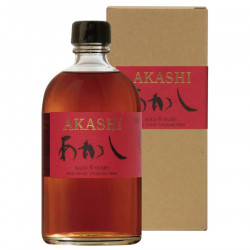 This 6-year-old Akashi Single Malt whisky from the Japanese White Oak distillery has matured for over 5 years in Cognac casks and then finished for 10 months in first-fill red wine barrels.

Intense, balanced and round, it reveals notes of dried fruits, citrus and spices at the tasting.

This whisky develops all its flavours accompanied by a square (or two!) of dark chocolate.

Neither coloured nor chill-filtered.

Palate: notes of dried red fruits, citrus, coconut and pineapple. A touch of ginger, pepper and cinnamon as well as notes of pine, oak and tannin.

Finish: fruity notes with hints of pepper and cedarwood.