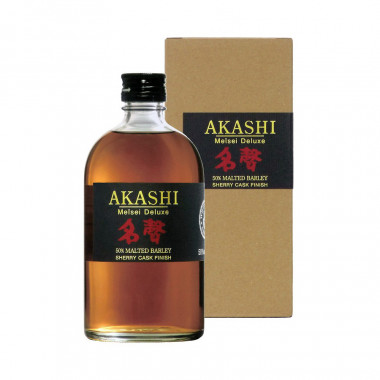 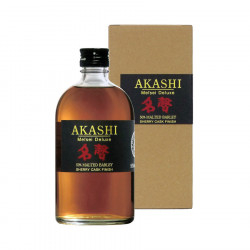 This Deluxe version of Akashi Meïsei is made from 50% malted barley and aged in American oak barrels before finishing in Sherry barrels.

Akashi Meïsei is revealed in a Blend Deluxe version composed of 50% malted barley and 50% grain whiskey.

This expression aged in American oak barrels is then refined for a year in Sherry barrels to reveal an aromatic profile imbued with a fruity sweetness and perfectly balanced.

Nose: the notes of honey and vanilla bring a soft and sweet nose; aromas of chocolate, cinnamon and orange zest warm the whole.

Finish: long and soft, it reveals the advantage of a finish in Sherry barrels on fruity notes.