Sales up to 50% off. 2nd markdown : extra 10% off on textile items already on sale! Discover >
Our CellarWhisky Jameson Irish Whiskey Miniature 5cl 40° 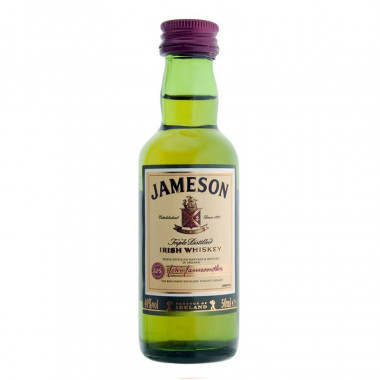 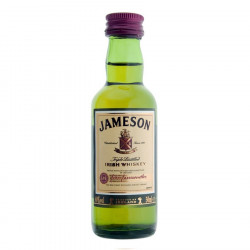 The miniature bottle of Irish whiskey Jameson is perfect to make a small gift or to discover "the Smooth Whiskey".

Jameson Irish whiskey is a blend made from pure water and a mix of malted and non-malted barley. The selected barley is dried with hot air in closed ovens. The smoke does not come into contact with the grain, which allows the natural taste of the barley to express itself fully.

Like all Irish whiskeys, it is distilled three times and this is distilled especially slowly into copper stills. The result is soft and mellow due to the slow maturation in old American oak barrels and sherry.

This is the most sold whiskey in France!

Palate: in harmony with the nose, smooth, mellow with light notes of wood and a hint of nuts.

Finish: incredibly smooth, evolving onto notes of grains and spices.